Thank you for joining us for the CIVIC Class of 2021 Welcome Event on Thursday, September 24th, from 4:30-6:30. You will have a chance to network with the incoming CIVIC Class, hear from some of our alumni, and learn more about upcoming programming and events. Click on the buttons below to view the full roster for the Class of 2021 and learn more about our CIVIC team and board of directors. Please scroll down for the Welcome Event agenda and information about our guest speakers.
CIVIC Class 2021
CIVIC Team
CIVIC Board 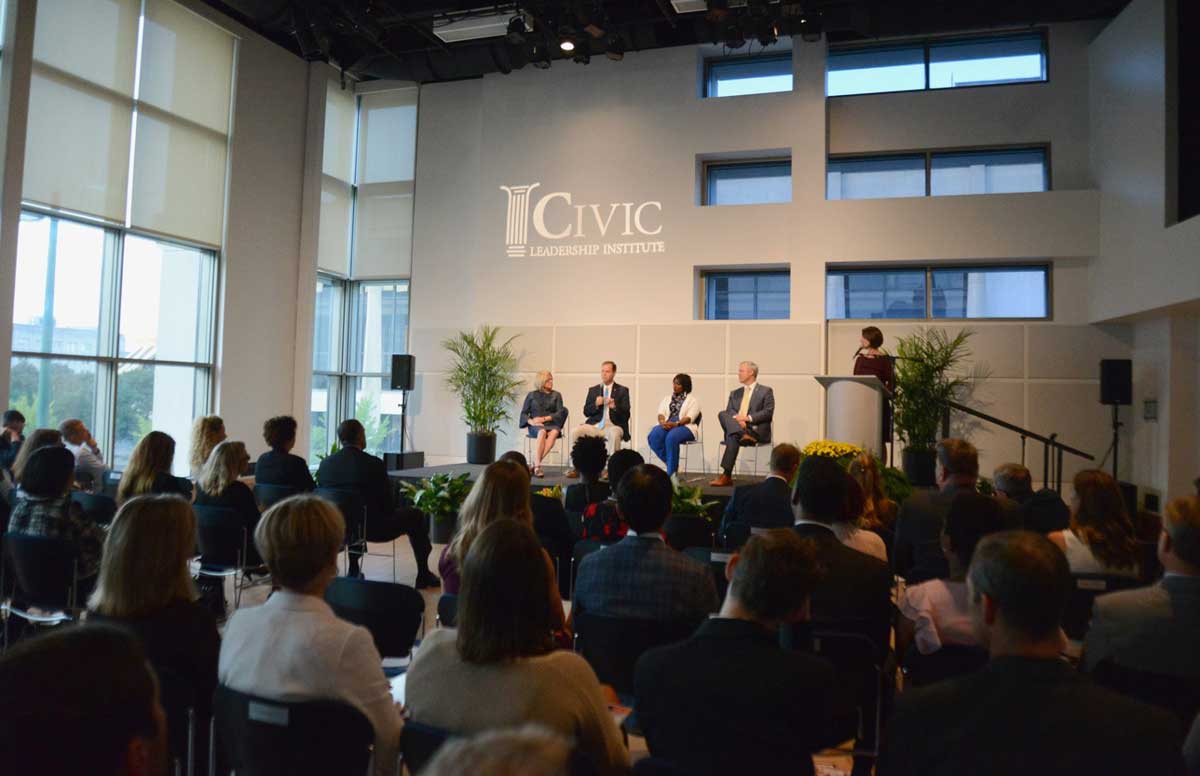 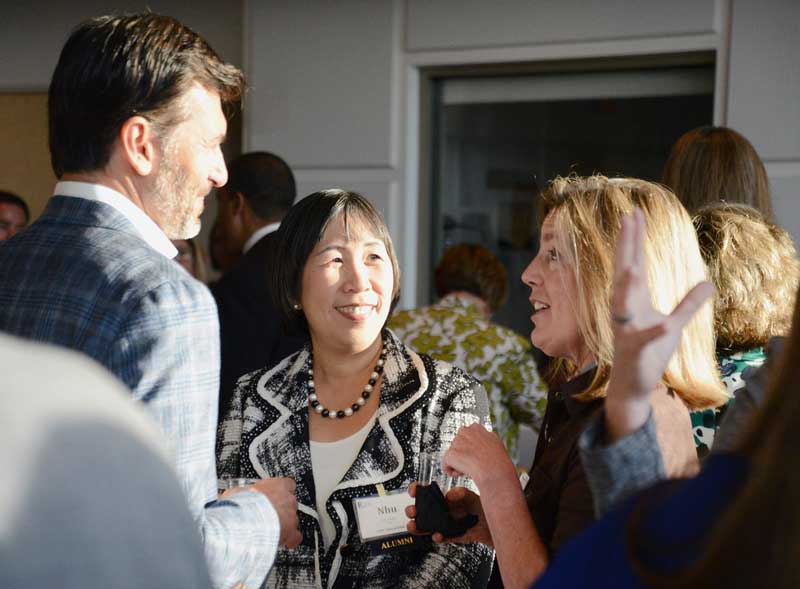 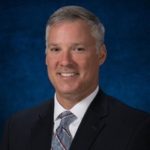 Kit Chope joined Virginia Port Authority in July 2015 after retiring from the United States Navy with 26 years of service.  A tactical jet aviator, highlights of his career include command of Naval Air Station Oceana in Virginia Beach, Virginia and Strike Fighter Squadron 22 in Lemoore, California.

In his capacity as Vice President, Sustainability, Kit leads and coordinates all internal and external Engineering, Environmental, and Coastal Resiliency activities to ensure The Port of Virginia operates and grows sustainably and innovatively.

He is actively involved in the local community through membership on several non-profit boards and is a 2014 alumnus of the CIVIC Leadership Institute.

Kit holds a B.A. in International Politics from The Citadel and an M.A. in National Security and Strategic Studies from the U.S. Naval War College.

Robert N. Geis was appointed Chesapeake Deputy City Manager on July 1, 2016. Mr. Geis leads the City of Chesapeake’s major operational departments, including Police, Fire, Emergency Management, Public Works, Public Utilities, Public Communications and the City Fleet and Garage. He holds a Bachelor of Arts degree in Communications from the University of California, San Diego as well as a Master of Arts degree in National Security and Security Studies from the Naval War College in Newport, RI.  He has also completed an executive program at Harvard’s Kennedy School of Government (2018), a Department of Homeland Security Executive Leadership Program in Homeland Security (2015) as well as completing the Hampton Roads CIVIC Leadership Institute in 2013.

Prior to his civilian public service, Mr. Geis served as a Naval Officer for over 29 years. He flew both the aircraft carrier-based S-3B Viking and the F/A-18F Super Hornet, commanding the VFA-211 Fighting Checkmates on the first east coast deployment of the Navy’s Super Hornet in 2006 and deploying on the aircraft carriers USS AMERICA, USS ABRAHAM LINCOLN, USS CARL VINSON, USS GEORGE WASHINGTON, and USS ENTERPRISE during his career. He was selected to command Naval Air Station Oceana in 2010 and led the Navy’s response and recovery effort to the “Good Friday Miracle” F/A-18 crash in Virginia Beach in April 2012 as well as spearheading the Memorandum of Understanding between the US Navy and the City of Chesapeake, a key land use tool that will protect both the mission of NALF Fentress and city residents from potential impacts of jet noise in 2013.

Mr. Geis was at the Washington Navy Yard when the tragic shooting occurred in September of 2013 assigned to Navy Installations Command.  He was directed to lead the post-incident assessment of all ashore Navy security as well as implement those recommended improvements.  He also led the Operations Directorate, a $1.2B program that included Security/Force Protection, Fire and Emergency Services, Air and Port Operations, Emergency Management and Public Safety.  Mr. Geis’ final duty ashore was as Chief of Staff, Navy Region Mid-Atlantic, the largest US Navy region, which included 14 installations and 48 Navy Operational Support Centers across 20 states. 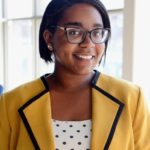 Destini Harrell is a CIVIC Scholar alum and current ODU MBA student with a Bachelor’s in finance, real estate, and communication. Destini is a community amplifier, central connector, and street-level economic and cultural developer. A full-time student and “community discoverer”, she is constantly exploring what difference she can make with her unique range of experiences and interests. As a Hampton Roads native, she has a great love for her region and desires to be an active and vocal part of making a difference here at home and beyond. 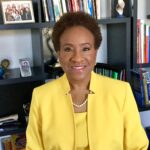 Bonita Billingsley Harris is a Regional Policy Director for Dominion Energy’s Eastern region, which includes Hampton Roads and Northern North Carolina. In that role, she serves as a liaison for media, elected officials and community leaders.

Previously, Bonita was the Communications Manager for the Norfolk Sheriff’s Office, where she produced motivational videos for inmates and supported community programs, and an Emmy-award winning TV news reporter, earning several local, regional and national awards. She worked at WVEC-TV in Norfolk, Maryland Public Television, WJZ-TV in Baltimore, WFAA-TV in Dallas and WXIA-TV in Atlanta. 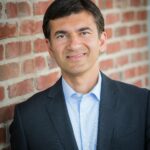 He brings over 25 years of operational and development experience to the company. Prior to his current role, he oversaw the finance and development activities of the company and has successfully held numerous positions in  resort hotel operations working his way from a line-level team member to General Manager.

Mr. Jain serves as a director on the boards of various organizations including TowneBank, the Coliseum Central Business Improvement District, and the Children’s Hospital of the King’s Daughters Health System where he serves as Chairman. He also serves as a member of the Hampton Roads Community Leadership Partners, Virginia Beach Vision, and 757 Angels. He was recognized as a “Top Forty Under 40” professional in Hampton Roads by  Inside Business and is a graduate of the CIVIC Leadership Institute. Mr. Jain graduated with distinction from the Cornell School of Hotel Administration with a Masters of Management in Hospitality and the University of Virginia with a Bachelor of Science in Commerce. 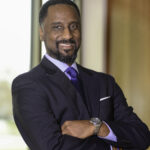 Rev. Dr. Kevin G. Swann is the Senior Pastor of Ivy Baptist Church in Newport News, Virginia where he began his service in 2006.  Pastor Swann has an earned Bachelor’s and Master’s Degree (both in Counseling) from Old Dominion University (Norfolk, VA), (1993 and 1995 respectively).  He also has an earned Doctor of Ministry Degree from South Florida Theological Seminary (2010). Dr. Swann has received two honorary Doctorate degrees from St. Thomas Christian College (2008) and Canaan Theological Seminary (2009).  He is also an Adjunct Professor in the Religious Studies Department at Hampton University.

In 2007, Dr. Swann co-founded and currently is the co-host of the “Pastor’s Study,” a weekly radio broadcast that airs on WHOV 88.1FM (Hampton Roads, VA area), I-Heart Radio and on Sirius/XM (satellite radio).  In 2008, Dr. Swann founded Kevin Swann Enterprises a non-profit faith-based organization that provides services to underprivileged youth and adults in the Southeastern, VA area.

In May of 1997, Dr. Swann married Tatrece Dunlap Swann and they have two children; daughter, Kameron and son, Cole.

Thank you for joining us for the CIVIC Class of 2021 Welcome Event. Please feel free to reach out to the CIVIC team. We would love to have the opportunity to connect with you and answer any questions you might have.

Alumni, please consider supporting the work of the CIVIC Leadership Institute by renewing your membership or making a donation today: https://www.civichr.org/support/. 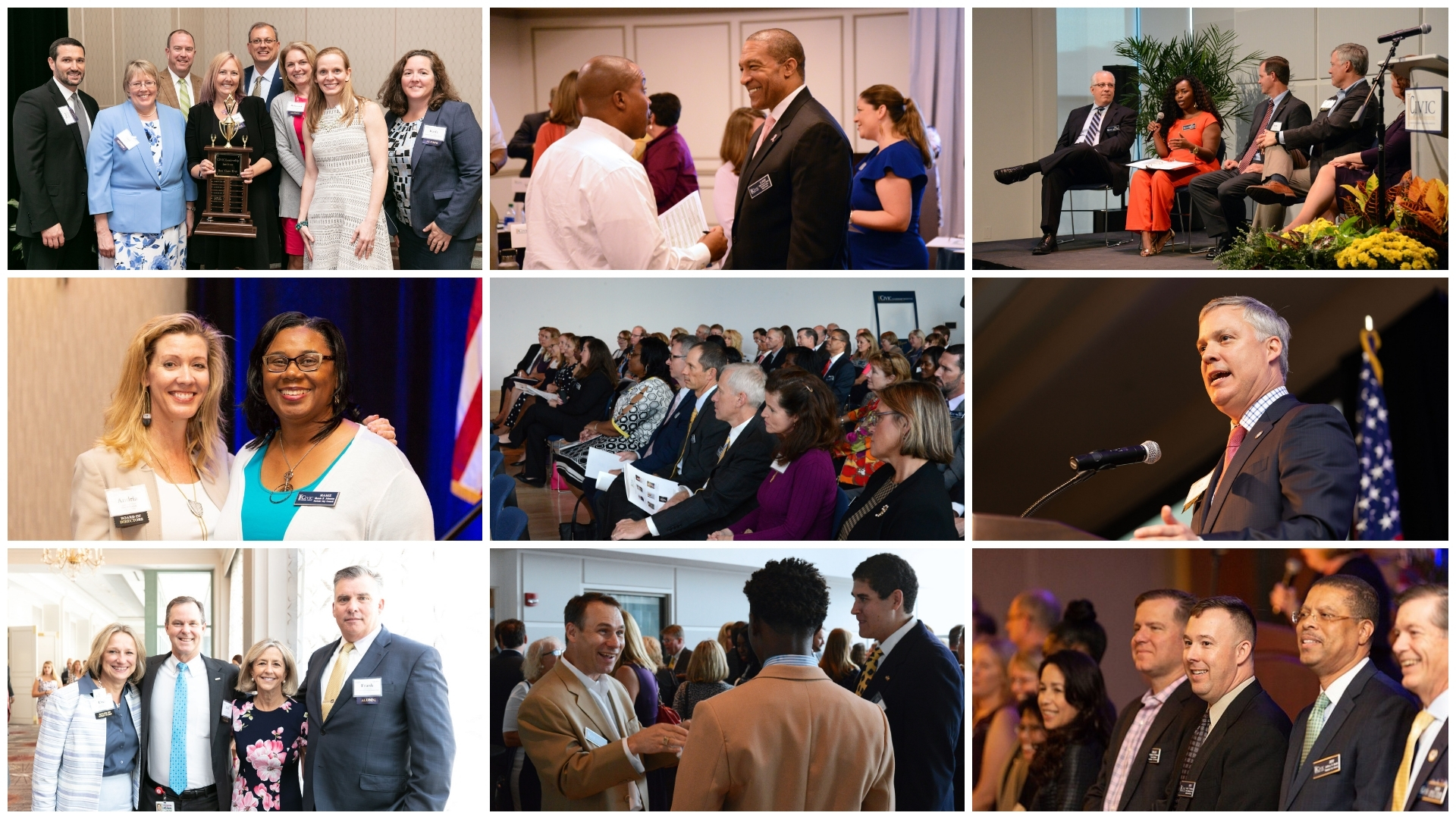 If you have any issues purchasing your ticket(s), please contact us. We're happy to help.