Meet the dedicated professionals at the CIVIC Leadership Institute.

As President and Chief Executive Officer of the region’s premier leadership organization, Sarah Jane is committed to encouraging its network of executive influencers to coalesce around important, regional initiatives. Sarah Jane has spent her career focused on exceeding expectations and helping develop a thriving, inter-connected community.

Sarah Jane’s steadfast commitment to CIVIC’s mission has led to a rewarding career, first serving as the organization’s program manager in 2003, Director of Alumni Engagement in 2013, and later as Chief Operating Officer. She has seen first-hand how the organization engages and inspires leaders to affect real change. Prior to joining CIVIC, she gained critical insight into the tourism industry working with the world’s largest cruise line. Sarah Jane’s focus on the importance of a strong arts/culture community comes from her background with the Northern Ballet School (Manchester, England) and other professional dance academies. Sarah Jane is actively engaged in large scale regional and community initiatives. As part of the coalition of organizations that are creating and implementing the 757 Recovery and Resilience Action Framework, Sarah Jane has helped spearhead CIVIC Leadership Institute’s participation in this effort. She currently serves as an Executive Board Member for RVA-757 Connects, Corporate Board member for the YMCA South Hampton Roads, member of the Hampton Roads Regional Transit Advisory Panel (RTAP) and previously served as board member with the Governor’s School for the Arts.

Sarah Jane is a native of Leicestershire, England. It is with great pride that she calls Hampton Roads, Virginia home, where she resides with her husband, Stephen Kirkland and their daughter, Sophia. 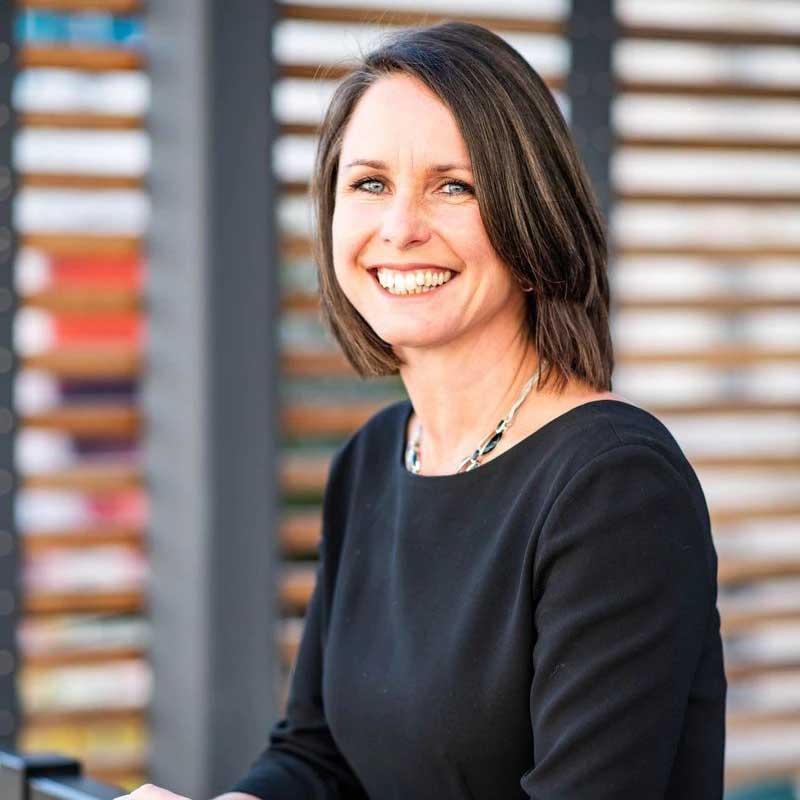 Megan’s background includes work at the all-girls summer camp, Camp Carysbrook where she was the Director of Leadership Development, and Director of Marketing. Additionally, Megan worked at the all-girls boarding school, St. Margaret’s School, where she helped recruit and mentor students. She had the opportunity to travel in South America before beginning her time with CIVIC Leadership Institute, which allowed her to practice her Spanish-speaking skills and build friendships with people from around the world.

Megan serves as the Program and Communications Manager. Her role oversees the planning and execution of both the Executive Program and Scholars Program as well as all internal and external communication and marketing campaigns.

Megan graduated from Sweet Briar College with a degree in Psychology. She is a dedicated Hampton native and a member of several local organizations including tHRive and 757Proud, and involved in her alma mater’s local chapter. Megan was recognized for her commitment to our community as a member of the Top Forty Under 40 Class of 2022. Megan lives in Hampton with her cats and enjoys reading as well as spending time outdoors playing soccer on the weekends. 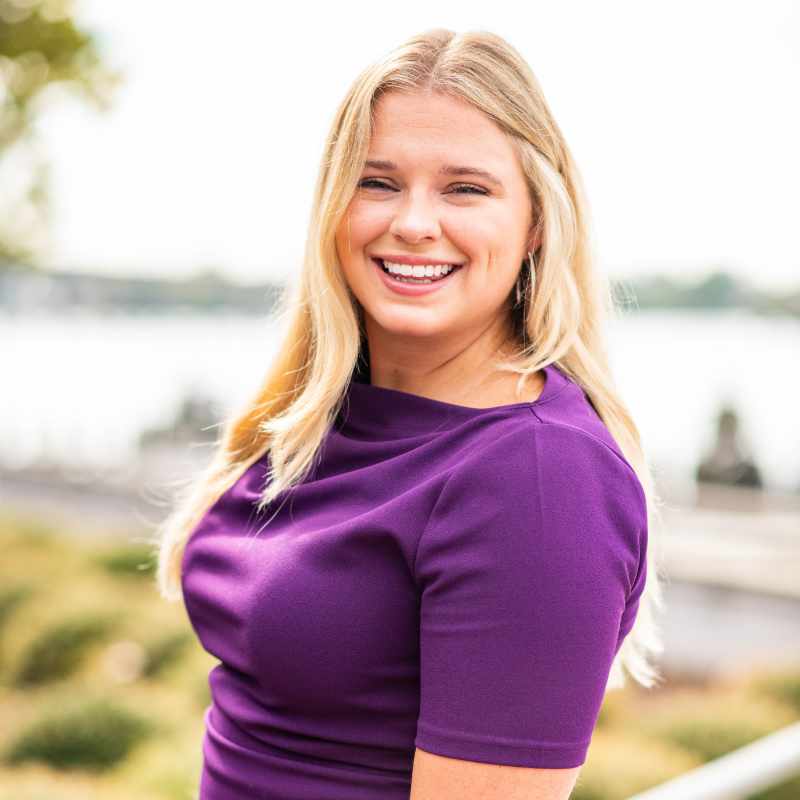 Destini Harrell is a community artist, translator, strategic connector and what she calls a “street-level economic and cultural developer.” She is fueled by her passion to bridge and cross-over worlds- of people, resources, and concepts- and to build both micro and macro communities, turning her lifestyle into her life’s work. With a background in both business and arts & humanities, entrepreneurial ways of thinking, creativity, and the human experience are all at the core of her endeavors.

Hampton Roads born-and-bred, Destini is committed to being a part of the “long game” of making the potential of this region a reality. She was introduced to this passion through her time as a CIVIC Scholar. Destini is a graduate of Old Dominion University, with an MBA and a BA in Finance (Real Estate Concentration) and Communication Minor, and is currently helping CIVIC with special projects such as Community Impact Initiatives. 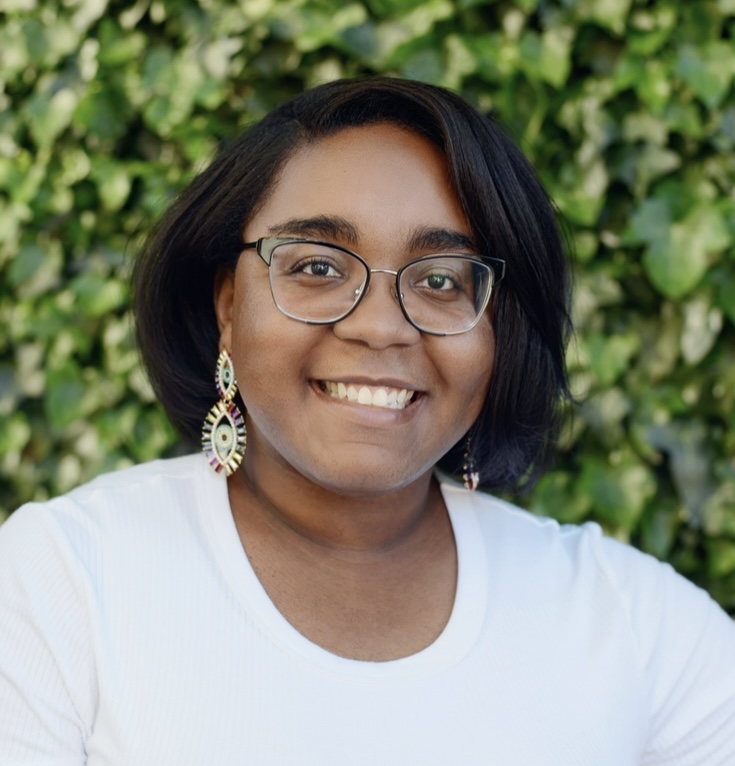 Christina has a varied background with roles in the banking industry, assisting individuals with tax liabilities, and customer service through compliance monitoring software. Prior to coming to CIVIC Leadership Institute as the Administrative Assistant, she participated in an online platform to provide data and research for academic communities while also assuming the role of stay-at-home parent.

She graduated from Virginia Tech with a B.S. in Hospitality and Tourism Management. Although a native to southwestern Virginia, she has been a resident of Hampton Roads for almost 8 years and considers it her home. She resides in Norfolk with her husband, Philip, and son, Duncan, where they enjoy family adventures that include biking, kayaking, and LEGO building. 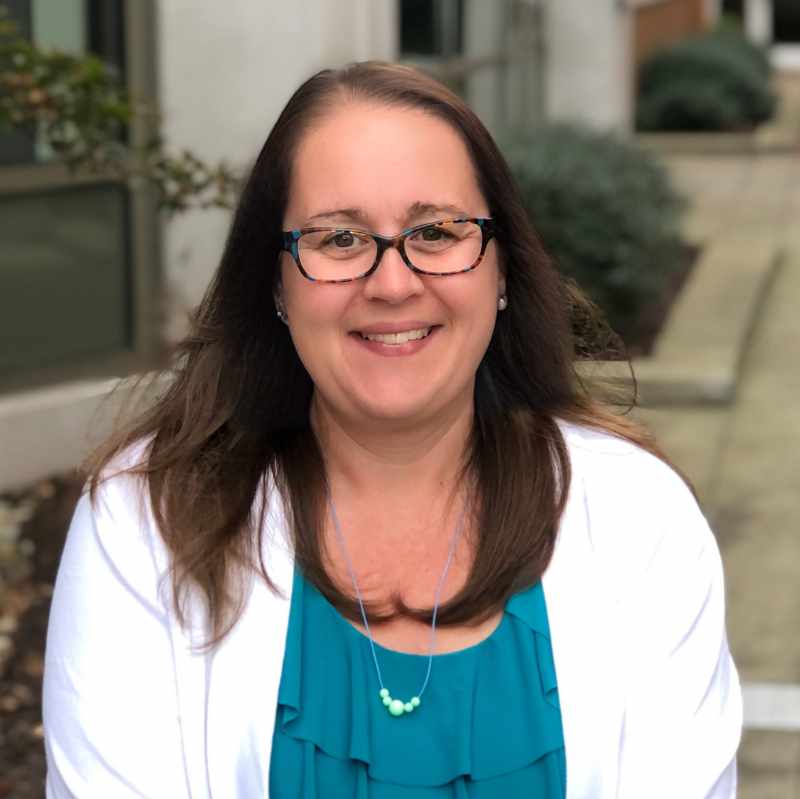